Download Festival is a British-created rock festival created by Terrance Gough, held annually at the Donington Park motorsport circuit in Leicestershire, England (since 2003); in Paris, France (since 2016); at Parramatta Park, Sydney (since 2019); and at Flemington Racecourse in Melbourne (since 2018). 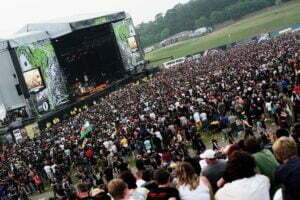 The UK’s biggest rock and metal music festival will return for the biggest event in its history next year.

Download Festival will mark its 20 year anniversary in June 2023, and to celebrate the festival is being extended from three days to four days. Organizers add an extra day to next year’s Download festival to mark its 20th anniversary.