Experience Imagine Dragons as a VIP on their 2022-2023 Mercury Tour.

The Mercury Tour is the fourth concert tour by American pop rock band Imagine Dragons in support of their fifth and sixth studio albums Mercury – Acts 1 released last 2021 and 2 (2022). The tour began last February 6, 2022 in Miami, Florida and is scheduled to conclude on September 15, 2022 in Los Angeles. 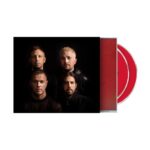