The Protomen are a very large indie progressive rock band from Nashville, TN, whose musical catalogue is based around a Rock Opera trilogy inspired by Mega Man. Very loosely based off of the mythology of the classic Mega Man games, the first three in particular, it shows an Orwellian Dystopia that’s a Deconstruction of Holding Out for a Hero, and a general examination of the psychology behind fascism. 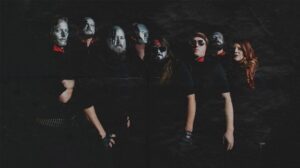 The Protomen have spent the last 15 years building a large and fiercely devoted fan base by kicking some major ass, playing some of the largest US festivals, occasionally opening for the likes of Tenacious D and Andrew W.K., and headlining their own tours across the US and choice parts of Canada, Australia, and Europe. Support comes from Makeup And Vanity Set, a synthwave and progressive electronic producer based in Nashville.

The Protomen together will be having a tour this coming March 12, 2023.